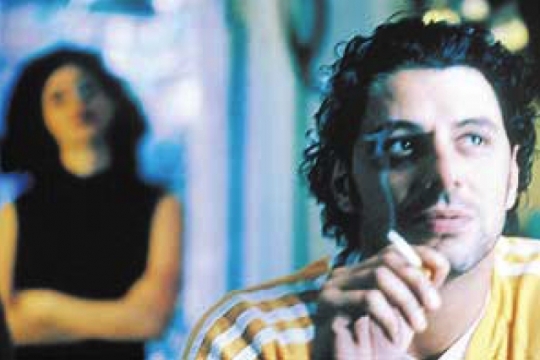 Gavin has an incurable illness. Anna and Charlie are his closest friends. The trio have a pact: should Gavin find it impossible to go on living, the others promise to help him die with dignity. The time comes when Gavin decides he is ready to die, but when even a large dose of morphine fails to kill him, Charlie panics and places a plastic bag over Gavin’s head. Gavin’s death is far from gentle and not at all as they agreed it would be. Anna throws herself into the funeral preparations; she insists on taking care of everything so as to avoid allowing her feelings to get the upper hand. She refuses to receive any help from Gavin’s mother, Margaret, and she even makes it clear to Charlie, who spent eighteen years looking after Gavin, that he is not needed. Charlie hopes that his lover, Frank, will help him to cope with his feelings of guilt. However, Frank is still too young to understand and so Charlie tries to numb his feelings with drugs. Gavin’s younger brother, Simon, is utterly shattered by his elder brother’s death. Although Simon is married with a child, he finds himself filled with an overwhelming desire to run away from his responsibilities; he begins to feel attracted to Anna and it is not long before the two are having a passionate affair.Anna sees the relationship with Simon as a way of hanging on to her love for Gavin. One day, Charlie hears about this affair and a terrible argument between the two old friends ensues.

Tony Ayres is a principal and founding partner of Matchbox Pictures and an accomplished writer, director and producer for both film and television. His feature film, The Home Song Stories, premiered at Berlin and won 23 Australian and international awards including 8 AFI Awards.