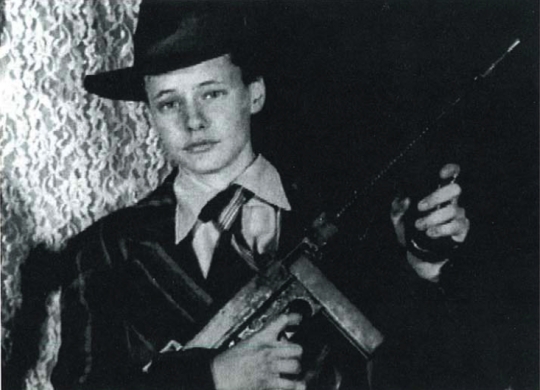 A young man arrives in Falls City, a small town in rural Nebraska, at the beginning of December 1993. 20-year-old Brandon Teen ais a stranger to this town but his friendly manner and youthful charm soon win him friends among his peers. The town’s young girls are particularly attracted to him and he has no difficulty finding a girlfriend. However, only three weeks later, on Christmas Eve, Brandon is brutally beaten up and raped by two of his friends. This astonishing act of fury was prompted by the friend’s discovery that Brandon is in fact a girl. A week later, on New Year’s Eve, a few miles out of Fall`s City, the same two young men murder Brandon and the young couple at whose home Brandon had sought refuge. Susan Muska and Gréta Ólafsdóttir’s documentary takes a closer look at this case. What their film reveals is an astounding potential for hatred - founded on homophobia - among the inhabitants of rural America. It also tells the tragic story of someone who happened to be born with the „wrong“ sex and their search for identity. We learn how this young person’s sexual ambiguity was regarded as a betrayal and was met with disturbing hostility by the inhabitants of this remote little town. The film makes it clear that the townspeople are still looking for an explanation fort hese terrible events.