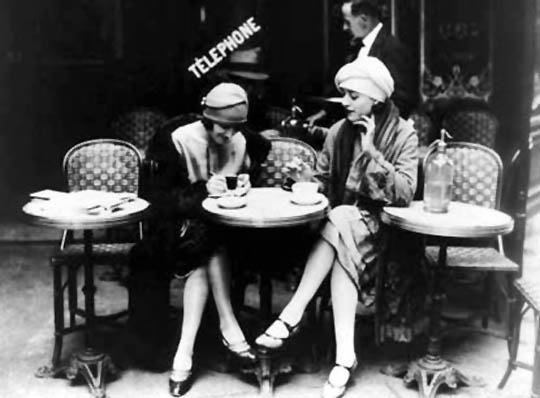 Paris Was A Woman

“PARIS WAS A WOMAN” is a film portrait of the creative community of women writers, artists, photographers and editors who flocked to the Left Bank of Paris in the early decades of the 20th century, when Paris was the undisputed cultural capital of the world. Using groundbreaking research and newly discovered home movies, “Paris” uses intimate storytellng as it intertwines interview with anecdote. “Paris Was a Woman” recreates the mood and flavor of this female artistic community in Paris during its most magical era. Authors Colette, Djuna Barnes and Gertrude Stein, poets HD and Natalie Clifford Barney, painters Romaine Brooks and Marie Laurencin, editors Bryher, Alice Toklas, Margaret Anderson and Jane Heap, photographers Berenice Abbott and Gisele Freund, booksellers Sylvia Beach and Adrienne Monnier, and journalist Janet Flanner all figure in this legendary milieu.

Greta Schiller is an award-winning independent producer/director of documentary films and the co-founder of Jezebel Productions, a women’s nonprofit production company since 1985. Over the first three decades of her career, her work focused on unearthing lost histories of marginalized groups and writing their experiences into the cultural narrative. For her films Before Stonewall, International Sweethearts of Rhythm, Tiny & Ruby: Hell Divin’ Women, Paris Was a Woman, and The Man Who Drove with Mandela, among others, she has received two Emmy Awards, the first US/UK Fulbright Arts Fellowship in Film, Audience Awards for Best Film at numerous festivals from Berlin to Paris to Seattle, and artist grants from the National Endowment for the Arts, New York State Council on the Arts, and New York Foundation for the Arts.