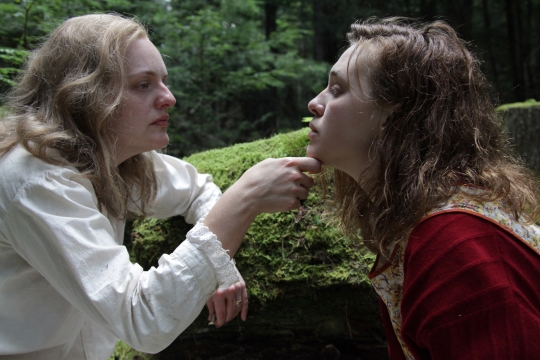 Two imposing personalities are at the centre of this intensely atmospheric drama: horror writer Shirley Jackson and her husband Stanley Hyman, a literary critic and college professor. When young graduate student Fred Nemser and his pregnant wife Rose move in with the Hymans in the autumn of 1964, they soon find themselves under the magnetic spell of their brilliant and proudly unconventional hosts. But Shirley’s need to nurture her writing is a ravenous beast that threatens to devour Fred and Rose’s own relationship. A group of equally formidable creative figures is responsible for this chilling treat. One of them is director Josephine Decker, who with each new film hones a striking mix of boldness and sensitivity. And Elisabeth Moss is delightfully unsettling as the complicated Shirley Jackson, an
author who has only recently been recognised as a major figure in the American Gothic tradition and on whose life this film is loosely based. Her troubled psyche permeates the film and leaves us as giddy as if we too were under her wicked spell.

Born in London in 1981. After earning a degree in comparative literature and creative writing, she studied literature, film studies, political science and music. She works as a screenwriter, director, editor, actor and producer.