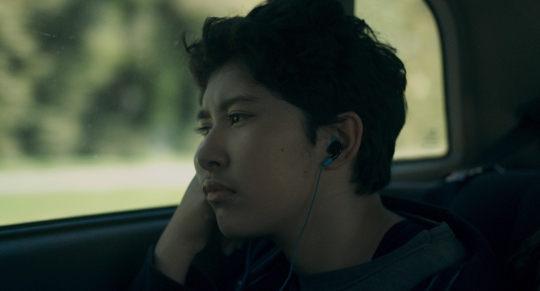 Lucho knows who he is. It’s the others who seem mixed up, inspecting him closely, addressing him as a girl and pestering him with questions. The time spent with his dad during a beach holiday draws attention to the process of transition that Lucho is experiencing. Struggling with his own insecurities, Lucho’s father tries hard to keep their close bond intact, while young Lucho attempts to come to terms with the development of a body going through puberty.

Born in Buenos Aires, Argentina in 1987, she studied cinema and took a postgraduate course in documentary at the Universidad de Buenos Aires. In 2018, she was selected for Talents Buenos Aires, an initiative of the Universidad del Cine in cooperation with Berlinale Talents. Her first two short films screened at numerous festivals. El nombre del hijo was supported by the Argentinian Instituto Nacional de Cine y Artes Audiovisuales and the Fondo Nacional de las Artes. She is currently making her first feature film, The Caretaker.