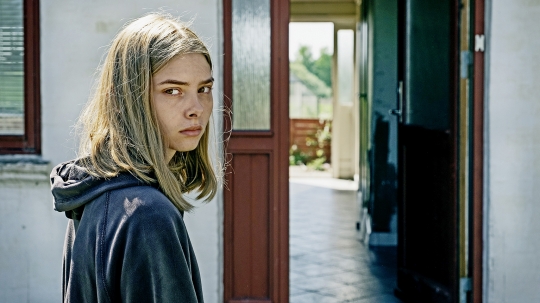 “You’re too baked, sweetheart”, says Mads´ mother after greeting him with a kiss on the lips. In this family it is okay to bend the law, as long as you do it right. A twisted lesson the 17-year-old Ida is about to learn. Having recently lost her mother in a car accident, she has been taken in by her aunt and three cousins, whom she barely knows. Theirs is a loving home, but it soon transpires that the family, led by its caring but disciplinarian matriarch, engages in criminal activities. As boundaries keep on being pushed, Ida finds herself torn between her safety and the allure of her cousins’ ferocious behaviour. When the clan descends into conflict with the police, Ida has to decide what is more dear to her: the loyalty to her new family or her own life.

Featuring a superb central performance by newcomer Sandra Guldberg Kampp, Jeanette Nordahl’s fiercely intelligent debut is an arresting study of family and dysfunctionality, the nourishing and burdensome nature of love, and the complexity of desire. An impressive mix of remarkable camerawork, exquisite writing, and a visceral, electronic score. An intense film that runs deep.

Born in 1985, this Danish filmmaker completed her studies at the independent film school Super16 in 2012. Her graduation film, Waiting for Phil, was nominated for a Danish Academy Award for Best Short Film in 2013. During her studies, she worked as a assistant director and second unit director on acclaimed Danish productions including the feature film The Keeper of Lost Causes and the multi-award-winning television series Borgen. Her short film Nylon premiered at the 2016 Göteborg International Film Festival. Wildland is her debut feature film.